The Ghostwriter as Hero

We live our lives episodically, like the detectives, doctors and lawyers who are so often used as the narrators, protagonists or, dare I say it, heroes of fiction and drama. Each episode opens with the story arriving in the protagonist’s life or with a mysterious email or phone call from a stranger that leads to an adventure and the unearthing of a story.

Detectives then solve their cases, doctors cure their patients, lawyers win their cases and ghostwriters create their books.

That is why two of my novels have ghostwriters as narrators. Not only do I have the background information on how the ghostwriting business works, and not only does my profession lead me to a variety of exotic locations, from palaces to brothels, but it also supplies an endless stream of interesting characters with interesting stories to tell. 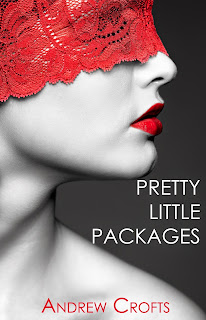 In Pretty Little Packages (Thistle Publishing), the ghost is informed by a girl called that someone has “stolen her beautiful breasts”. She asks for his help and he finds himself plunged into the dark and dangerous worlds of people-trafficking and modern slavery. Much of the action happens in the , a part of the world where I have worked a great deal as a ghost.

At the other end of the social scale from sex slaves are the rich and the powerful, who also like to write books. Since they are always short of time they also need to employ ghostwriters to do the actual writing, particularly if English is not their first language. The global elite, whether they are political leaders, business leaders or celebrities, live in a world which ordinary people seldom get to see inside, which puts ghostwriters at a huge advantage. They also live the sort of lives which produce endless story-lines. 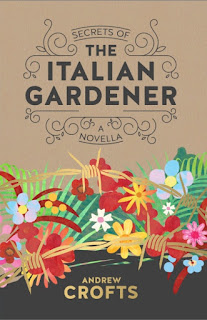 Secrets of the Italian Gardener (RedDoor Publishing) is a novella I have written as a result of those encounters, again using a fictional ghostwriter as the narrator.  In this case he has been hired to tell the story of a Middle Eastern dictator during the Arab Spring. Trapped inside the dictator’s besieged palace the ghost, who is harbouring a terrible secret of his own, forms an unlikely friendship with a wise and seemingly innocent gardener and unearths more than he expects as the dictatorship crumbles around him. He discovers that the regime, and indeed the garden itself, is not all it appears to be and he discovers the shocking truth of who really holds the power and wealth in the world.

Like detectives, lawyers and doctors, ghostwriters are the holders of other people’s secrets, the raw material of all fiction and drama.