Writing Books is Tennis for the Brain

So, Jonathan Franzen fears printed books are going to disappear and Ewan Morrison predicts an e-publishing bubble that’s going to end somewhere between sub-prime mortgages and tulip fever, ruining lives and crashing banks – I exaggerate, but then so do they.

Let’s think of writing books as being more like tennis for the brain, or maybe even golf for the brain. Millions of people join golf clubs and take tennis lessons in order to enjoy the sport, get fit, amuse themselves or socialise. Some of these enthusiasts are able to hire personal coaches, others join expensive clubs, maybe even build their own private tennis courts. Many fantasise about winning or the British Open, others are lucky enough to become coaches themselves or work in sports shops.But just because these enthusiasts sometimes dream of becoming Rafa or Tiger doesn't mean they actually expect it to happen. They know in their hearts that these champions are born with something special and then dedicate their lives to improving themselves in ways that most people cannot possibly hope to achieve, and would not wish to do.

Where once the manuscripts that people wrote for a variety of personal reasons ended up languishing in their bottom drawers, they are now able to languish as e-books, a little bit further along the publishing food chain, a little bit more visible, a tiny bit more likely to be spotted by someone who might be able to lift them to another level. One or two of them might even make it all the way to championship level, up there with the works of Franzen and Morrison. The fact that most of them will get no further at all hardly turns e-publishing into a confidence trick, a bubble or a pyramid selling scam. Some people who fail to reach the giddy heights of a Franzen or Morrison will still be able to take pleasure from the act of writing, from seeing their words coming into existence on a page or a screen. They might even continue to hold onto dreams of one day “breaking through” into the big time. Or they might decide to teach writing instead, or dabble in journalism or blogging or just get on with something else, (tennis or golf perhaps, painting or child rearing).

Very few of the crowds who start out with hopes of becoming successfully published writers get as far as they first dreamed they might, but isn’t that the same in any walk of life? And is it a reason to make doom-laden predictions about bursting bubbles and the death of the book? As long as there are people wanting to buy printed books there will be publishers and authors wanting to supply them and the cyberstore of e-books can grow as wide as the blogosphere without causing anyone any terrible financial pain. I think Messrs Franzen and Morrison can relax a little

Posted by Andrew Crofts at 07:18 No comments: 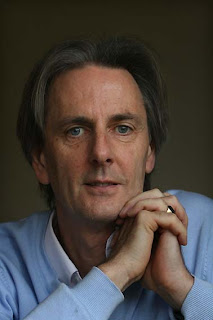 Posted by Andrew Crofts at 09:03 No comments: 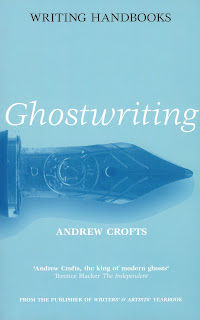 Posted by Andrew Crofts at 10:11 No comments: