Independent Food Producers Are Widely Admired - So Why Not Independently Published Books? 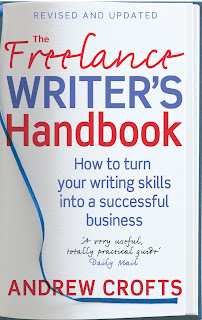 Authors who dare to consider self publishing are still viewed with considerable suspicion, despite a growing number of notable successes. Author Susan Price, however, made an extremely interesting point in her monthly contribution to the writers’ blog Do Authors Dream of Electric Books? on Sunday 25th March, (http://authorselectric.blogspot.co.uk).

Susan compares self published writers to food producers who prefer to sell direct to discerning customers through local markets rather than selling in bulk to the giant supermarkets.

Big publishers won't like being compared to Tesco and Asda, but the image has a certain resonance. The demands they make of writers are not dissimilar to the ones food producers complain about whenever they try to sell to the chains, (books that have to be pigeon-holed into “marketable genres” are not that different to potatoes or bananas which have to be the right sizes and shapes to make it onto supermarket shelves).

But whereas the brewers of “real ale”, the independent bakers of bread and makers of cheese and chocolate are all applauded for going out to sell their products direct, even seen as providing goods of higher quality than the mass producers, authors who do the same are still deemed to be second class, missing the necessary stamp of establishment approval.

One publisher was recently quoted as saying he turns away when introduced to any self published writer, which sounds like the sort of “posh people versus trade” scene that Julian Fellowes is currently doing so well with on television.

In the past I have compared writers without big business publishers to artists who do not exhibit at famous galleries, but I think I like Susan’s analogy better.

Every other art form, and as you say many other industries, have accepted and often encourage self-starters - all except publishing. There does seem to be a huge element of snobbery about it, but the more that publishers strive for profits over quality the less chance there will be for genuinely talented authors. Those authors who aren't precious about being traditionally published will find out just how beneficial self-publishing is, leading, hopefully, to a shift in public consciousness towards self-published books.

The problem lies in distribution and ensuring quality. There's no Waterstones or WH Smiths for self-published books (there is Amazon but that's needle in haystack time!), and equally there's no way to guarantee quality - a 'seal of approval' from some sort of body would go against the very ethos of self-publishing, and until that hurdle is cleared opponents will be lump the decent books in with the genuinely bad. It's not an easy one to solve, but I do believe that the overall quality will improve, as will distribution and recognition.