Wordsmiths to the World


Monocle Magazine hit the headlines a few months ago by putting Britain number one in its “Soft Power” league, claiming we were the “most powerful nation in the world in terms of cultural influence”.

Admittedly that was in the wake of the Olympic/Jubilee euphoria, but even if you discount the hyperbole, British writers should still be feeling pretty cheerful about the future. If we cast our minds back to Danny Boyle’s Olympic opening ceremony, a huge part of the show referenced characters who originated in the minds of British writers – Messrs Potter and Bond obviously, Mary Poppins, Captain Hook, Cruella de Vil – all now clichéd images certainly, but our clichés none the less.

Looking back over my ghostwriting client list of the last few years I am struck by how many of them are international – India, Nigeria, China, America, Uganda, Switzerland, Greece, Cyprus, Monaco, Bermuda, Brazil, the Netherlands, Australia, the United Arab Emirates ….

This seems to have come about firstly because the internet makes hiring a ghost in a different country a relatively simple process, and secondly because British writers and publishers have a global reputation as steeped in heritage and folklore as our pop musicians, fashion designers and royal folk. When the world thinks of British writing a number of mighty figures spring readily to mind; from Austen, Shakespeare, Byron and Dickens, through Fleming, Orwell and Greene to Rowling and the rest.

Fortunately for us there is also the fact that English is now the second language of the majority of literate people on the planet, while it is our “first” language, giving us a definite advantage when it comes to spinning tales.

We can now proudly set up our stalls as wordsmiths to the world, just like the educated scribes who plied their trade in the marketplaces of the ancient world, and exercise our newfound “soft power” to the advantage of all. 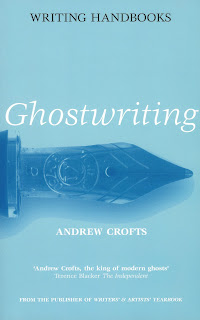