What Would George Bernard Shaw be Campaigning for Today?

The Society of Authors has kindly nominated me for its Management Committee. If all goes smoothly and I join the other distinguished committee members I thought it might be useful to have a clearer idea of what it is that we would all like the Society to be doing for authors in these exciting times. 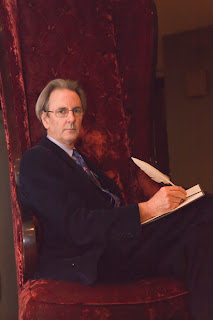 What, I wonder, would George Bernard Shaw, (an early and active member of the Society), be campaigning for if he was around today? What would his views be on e-books and self-publishing, for instance? Would he be championing Amazon for making books so accessible or criticising their monopolistic and capitalistic tendencies? Would he be sympathetic towards struggling high street independents or would he see them as the architects of their own downfall?
If you have any ideas on ways in which the Society should be making itself useful to its members please email me at CroftsA@aol.com.

Below is a short biography which the Society has published in The Author to support my nomination.

Andrew Crofts is a full-time author and ghostwriter. He has published more than 80 titles, a dozen of which have spent many weeks at the top of the Sunday Times best seller charts.
As well as using traditional publishers to reach readers, (including Arrow, Blake, Bloomsbury, Century, Ebury, André Deutsch, Hamish Hamilton, Harper Collins, Headline, Heinemann, Hodder, Hutchinson, Little Brown, Michael Joseph, McGraw Hill, Orion, Pan Macmillan, Penguin, Pocket Books, Sidgwick & Jackson, Sphere and Weidenfeld & Nicolson), he has also experimented with e-books, publishing “The Fabulous Dreams of Maggie de Beer”,(a prequel to his traditionally published “The Overnight Fame of Steffi McBride”), on both Kindle and Smashwords, and has guided a number of international clients successfully through the minefield of independent publishing.