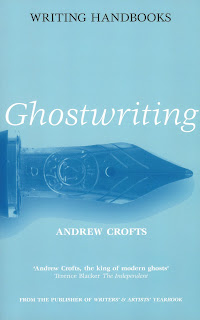 A ghostwriter is once more in the spotlight in Haruki Murakami’s much publicised new novel, 1Q84.

Tengo is commissioned by a maverick publisher to “re-write” a compelling piece of prose written by an equally compelling teenage girl, leading him into the sort of adventure that tempted me to become a ghostwriter in the first place. (I haven’t finished reading it yet so it’s quite possible a fate will befall him which will make me reconsider my position there).

The chapters following Tengo’s adventure alternate with those following Aomame, an icy, glamorous, professional assassin. The stories of these two protagonists become increasingly entwined and there are, as you would expect from Mr Murakami, enough subtexts to feed the minds of several million ravenous readers.

I know I’m biased to an unreasonable degree, but I just love the idea of a ghostwriter being used alongside an assassin as a device to unravel plots and characters and trains of thought – just as Robert Harris did with his very different ghostwriter in The Ghost, (his protagonist ghosted non-fiction rather than fiction). Unravelling plots, characters and trains of thought is, after all, exactly what we are hired to do in the real world.

I like your blog and find myself checking in on a regular basis. I am quite fascinated by the whole ghostwriting business, and I love being able to "peek behind the curtain". I have a question - is it possible to become a multi-millionaire through ghostwriting?

Interesting question, John. I guess the answer is the same as in most professions – there’s always a chance but the odds are always against it. Had you met JK Rowling when she was a penniless young woman and she had asked you to work for her on a project about a young boy wizard and you had agreed to work on a 50/50 share of whatever proceeds there might be, then you would undoubtedly be a multi-millionaire today. A bit like buying lottery tickets really.