Nine Million Readers Ready and Waiting to Read Your Book

I have now had my book “The Fabulous Dreams of Maggie de Beer” up on Wattpad for two months. Initially things were slow and then the number of readers started to speed up. The ultimate aim of any writer is to have their work read and http://www.wattpad.com/ allows you to see actual numbers, chapter by chapter, and provides a new addiction just as time consuming for an author as the compulsive checking of the Sunday Times and Amazon bestseller lists.


Maggie de Beer is divided into eighteen chapters and 100,000 readers have now opened individual chapters. That total is currently rising by over 6,000 a day, which means that around 250 people are reading a chapter of the book every hour of the day somewhere in the world.

Closer examination reveals that nearly 11,000 people have read the first chapter and just over 5,000 have made it all the way to chapter eighteen, (some presumably are still working their way through at any given moment). It seems therefore that half of those who open the first chapter to browse decide they would like to read the whole thing. Does that reflect the number of people who decide to buy a book in a shop or on Amazon after browsing an opening chapter? It doesn’t sound impossible, although of course with Wattpad there is not the barrier of having to ask the reader to pay, so maybe it would be better to compare these conversion figures with those of library users.

Wattpad, which is most easily described as being “YouTube for writers and readers”, currently has around nine million people who are actively and enthusiastically reading chapters of books on their phones or computers. I’m guessing that compares pretty favourably with the numbers of people taking books out in public libraries, and I am also guessing that they are a much younger age profile. They are, in other words, the future of reading and writing.

I am still a beginner. There are some books which have had up to ten million chapters opened by readers. They provide a clear picture of what sort of stories it is that most people want to read - vampires, werewolves, high school romances, fantasy, thrillers and sci-fi – much as in the traditional publishing world. There is, however, a variety of other material starting to make its way into the “Featured”, “What’s Hot” and “What’s New” sections, and Margaret Atwood – always one who likes to experiment with new technology – has joined in with a book of poems. As the good reviews and comments for Maggie de Beer start to pile up the rate of hits seems to rise and I am feeling optimistic that within a few months I will be able to report even more dramatic growth. Fingers crossed. 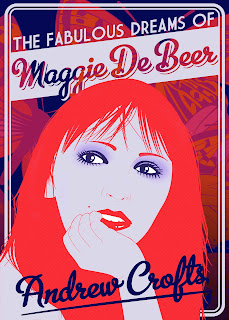